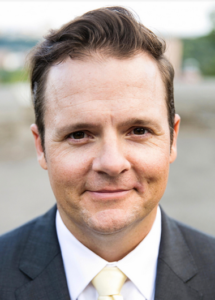 Tim Vandeveer’s interests center around environmental justice and public interest law. Tim is a 2017 graduate of the William S. Richardson School of Law, receiving a certificate in Environmental Law.

At Richardson, he was a founding member of the Energy Justice Working Group (EJWG) and served on the Motions Drafting Team at the International Union for the Conservation of Nature (IUCN) World Conservation Congress.

Tim was the 2016 Richardson Student of the Year Nominee for National Jurist Magazine.

His community activism began while serving as shop steward for UNITE HERE! (Local 5) where he became a founding member (and board chair emeritus) of the Defend O‘ahu Coalition (Keep the Country COUNTRY!), a non-profit comprised of North Shore residents, cultural practitioners, and religious leaders working to preserve agricultural land and open space on Oahu for future generations.

He was an organizer with the AiKea Movement and volunteer for Hawai‘i Public Radio for over 15 years.

Tim served as Chair of the Democratic Party of Hawai‘i from 2016-2018. As Chair, he worked tirelessly to create transparency and inclusivity throughout the Party by increasing grassroots investment, holding candidates and vendors more accountable to the DPH platform, and expanding participation for neighbor island members.

A Bernie Sanders superdelegate, he led the state delegation at the 2016 Democratic National Convention in Philadelphia and served as member of the DNC and Western Vice-President on the Executive Committee of the Association of State Democratic Chairs (ASDC).